'AlphaGo' in Google, 'Watson' in IBM, 'Pepper' in Softbank.. have in common with the future technology that huge IT companies try to draw near to human being. We can't beat the quiz conteset or the game of go anymore. The stories like in the dream have been realized that people feel the scare over fear. In other words, we are living in the age that could predict the drone in the air, driverless car in the ground and A.I. in the computer will replace our life and work place.

The world including the president Barack Obama states coding education is the answer of preparing the future. Is it true? Actually, it's right and wrong. Simple coding is the software programming technogy that can't be helpful unless you hope to become IT developer. If we survive in the age of the computer and high-tech A.I., the education should be the coding education based on Algorithm, which means 'the original creativity' education. Currently, Algorithm coding education is known as the GATE(gifted and talented education). 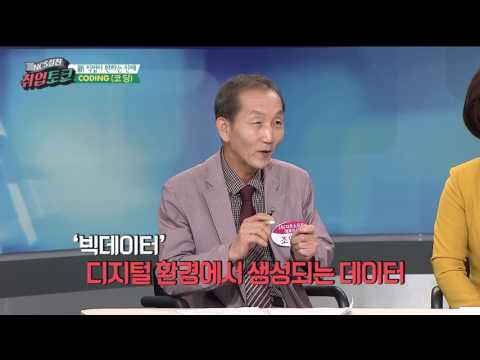 What is Algorithm coding?
The algorithm refers to the solving method as rule set to induce the output that based on input data. Whereas, coding stands for the technology that realize practical computer program by using particular programming language in computer. Identifying ID, searching information on portal site, navigator which introduces a guide, computer sercurity, interpretation and translation of forigner language, genome analysis, artifical intelligence, etc like these new problems reveals explosively. The software creativity ability that sovle this problem is the key element to individual and the company. Furthermore, to make national goal as 'softwear based society' is very natural flow. The most efficient method to higher software creativity ability is to study algorithem with the coding tool. Algorithm coding education is the education system that doesn't have to be smart beyond Google's Alphago but can make better A.I program.

The misunderstanding and fact about Algorithm and Coding.
Algorithem has been educated more than throusands years from the human being set a fire to Alphago applied to Google's play go algorithm. The coding has been started from the appearance of the computer and the internet and thousands education constitute established in world wide and has been educated. However, what becomes the problem? Till nowadays, we have been educated with the simple software technology that can't expect to develop the talented human resource in the future. Not only limitd to the minor talented person, but everybody can be developed as the talented human resource that algorithem based coding education should be progressed. However, the problem is that there is no like this education method and training curriculum in worldwide.

The world's one and only algorithm coding education in South Korea.
Algorithm coding education defines as brain training by solving problem with creative thinking and computational thinking. For this algorithm coding education, it needs algorithm related solving dadtabase, teaching method, testing system for testing ability that the head of research center of JIJUSOFT Young Hwan Jo, construct systematic educational system for 30 years. Till now, he progresses CPSF; which refers to creative problem solving festival hosted by Ministry of Science, ICT and Future Planning in Korea for 6 years. It is educated in the world famous company like Samsung Electronics, Samsung SDS, LG CNS, etc and the University of Sungkunkwan, Soongsil, and Kyungpook. Through this education, talented person lift up their head in the first prize in IOI(International Olympiad in Informatics), high rank prize in ACM ICPC(ACM International Collegiate Programming Contest), the CEO of IT company, advanced technology developer who develop th super computer, the researcher of IBM and Google.

Algorithm coding education is very necessary and innovational education system not only in Korea but in worldwide that through the Market Herb, we find education parter or worldwide government. If you have any further questions, please contact to the Merchandising Trade in below.

"Coble i," a luxury bag brand that creates the true value and standard of Korean luxury goods.