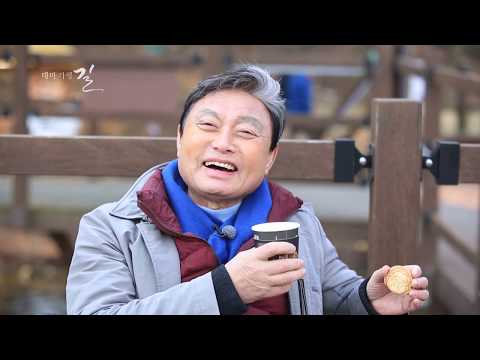 Dalgubeol is Daegu’s traditional name which is a Chinese way of presenting its original meaning presenting a wide plain, a huge town and a big castle. Dalgubeol, a classical name of Dalseong Gun, is a root of Daegu which has significant meanings from its politics, economics and history and is a provincial autonomy organization in Korea.
First, it is a political center where the first Korean female president Park, Geunhye was born. Second, it is a center city of cutting-edge science and technology which plays a significant role as a core of Korea’s industry which has national science and industry compound, cutting-edge industry compound and intelligent automobile part testing compound. Third, it has a historical meaning from the land surrounded by Biseul Mountain and Nakdong River.

Dalseong Gun Office faces its centennial anniversary, and it plans for another 100 years of changes and development. Dalgubeol Dalseong Gun Office will become a provincial autonomy organization which co-exists with the globe by introducing to 100 nations with 14 nations by market hub.

President Park Geunhye was a Member of the Parliament representing Dalseong Gun (from 15th to 18th Member of the Parliament). She is now 18th President of the Republic of Korea, who is a former president Park Chunghee’s (5th to 9th President) daughter. In December 2012, she was elected as Korea’s first female president.
Park Geunhye states that creative economy is a combination between science and technology and industry, and between culture and industry, and this demolishes a wall between industries. She implemented creative economy and economic democratization for flourishing Korea’s economy. Specifically, president Park Geunhye held a ministers’ meeting for restriction and innovation for demolishing the restrictions which blocks the development of new-industry area and global market entrance. She is a president who leaps forward the development of Korean economy.

Daegu has been a center of military, transportation, education and politics since the past. It became a shelter for refugees of Korean War in 1950, and played a central role for Nakdong River defense front line. And, during this period, it has become a base of contemporary culture and arts which develops the creative works which represents Koreans’ joys and sorrows.
Currently, Daegu held a number of huge events such as 2002 FIFA Korea-Japan World Cup, 2003 Summer Universiade Games, 2011 World Athletic Games, 2013 World Energy General Assembly, 2015 World Water Forum. They succeeded in promoting Daegu as an international city.

Dalseong Gun Office is a city of environment-friendly city planning, cutting-edge science and technology, and knowledge based industry. It reacts actively upon rapidly changing environment in 21 Century, and attempts to become a hub city of research and development.
It has a beautiful view provided by Biseul Mountain with Daegyun Temple, Biseulsan Rocks and Million Square Meters of Biseulsan Azalea. Also, it provides Korea’s best travel spots such as Samunjin Jumakchon, Mabijeong Mural Village, Dalseong Wet land which is the treasure of nature and ecology, Dodong Seowon—Korea’s national treasure 350 and a Centennial Tower.
Contact us

The hepatectomy of high-level techniques, the world's best liver cancer surgery in Korea